In the Smolensky district of the Smolensk region, specialists from the branch “Rosseti Centre Smolenskenergo” completed work on installation of distributed automation devices on 6-10 kV lines. For the comprehensive automation of the distribution grid on 69 lines, 87 reclosers, 38 motor-driven disconnectors and 40 sets of short circuit indicators were installed, commissioned and successfully operated. The use of the distribution automation devices will allow automating the processes of locating and isolating faults on lines, will reduce the time to eliminate technological violations, reduce the cost of maintaining the electrical grid, which will significantly increase the reliability of power supply to consumers, and reduce the frequency and duration of power outages for residents of the Smolensky district.

The project was implemented as part of the distribution grid automation program of Rosseti’s group of companies in accordance with the “Digital Transformation 2030” Concept, developed in pursuance of the May decrees of the President of the Russian Federation Vladimir Putin. The concept of digital transformation, adopted in 2018, provides for the transition to a new principle of operation of the electric grid infrastructure by 2030.

The implementation of distributed automation is a key element of a technological breakthrough and an important component of the first stage of the digital transformation of the power grid complex.

The Smolensky Distribution Zone, in whose service area the equipment is installed, is a digital distribution zone. It is planned that the district will have a high level of automation, providing real-time observability and allowing the implementation of self-diagnostic and self-healing functions, as well as smart metering of electricity. 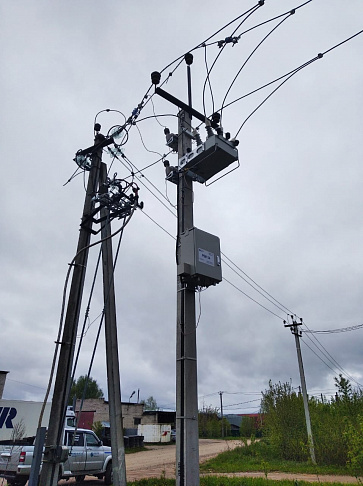