In the first half of 2020 “Rosseti Centre Orelenergo” reduced electricity losses by 2.8 million kWh

Positive changes of reducing electricity losses were noted in grids of the branch “Rosseti Centre Orelenergo”: for 6 months of 2020, the decrease in the level of electricity losses in physical terms amounted to more than 2.8 million kWh. This volume corresponds to the total monthly consumption of the Pokrovsky and Verkhovsky districts. Compared to 2018, the reduction in electrical energy losses amounted to 24.6 million kWh.

The leader in this area of work following the results of 6 months was the Orlovsky Distribution Zone, which has been showing good results in reducing losses in grids since 2018. Over the specified period, the percentage of losses from the supply to the grid decreased from 17.6% in 2019 to 14.3% in 2020. The positive changes amounted to 3.3%, or 3.9 million kWh. Compared to the same period in 2018, the level of losses in the Orlovsky Distribution Zone decreased by 8.9% or 11.3 million kWh.

Measures to reduce losses include checking consumers’ metering devices, as well as control over the conclusion of power supply contracts for newly connected electrical installations. A set of technical measures is also envisaged: replacing metering devices with intelligent ones, and taking them to the border of the balance participation (outside of households). Programmable multifunctional devices not only meter the consumed electricity, but also provide the possibility of remote transmission to the grid company of information on the amount of consumed electricity in automatic mode.

“New meters “Phobos” in 2019 were installed at 24 thousand consumers in the Orel region in 16 districts. From 1 July 2020, in accordance with Federal Law No. 522 dated 27 December 2018, smart meters will be installed free of charge for citizens whose meter has expired. Since that time, a consumer with an intelligent metering device is released from the obligation to transfer information to resource-supplying organizations,” stressed Alexander Gusarov, Deputy Director for Sales of Services of the Orelenergo branch.

It is worth noting that the latest high-tech metering devices have the function of hourly multi-tariff metering of electricity, power control and other parameters necessary for the consumer to plan energy consumption and optimize payments for electricity.

These metering devices have a number of advantages both for consumers and for the grid company: they are highly sensitive, provide remote monitoring of power quality parameters and power supply reliability, remote readings, disconnection of non-payers at the request of the power supply company, control of power consumption, and, which is very important, allow trace the source of losses, thereby preventing attempts to steal electricity.

As a reminder, from 9 June 2019, amendments to the Code of Administrative Offenses of the Russian Federation came into force.

Orelenergo appeals to residents of the region with a request not to use devices that can distort the actual consumption of electrical energy, and to report facts of energy theft known to them by calling the hotline at 8-800-50-50-115, or by sending messages to +7 915-369- 69-69 in Viber (all calls and messages are toll-free), as well as to their Distribution Zones. 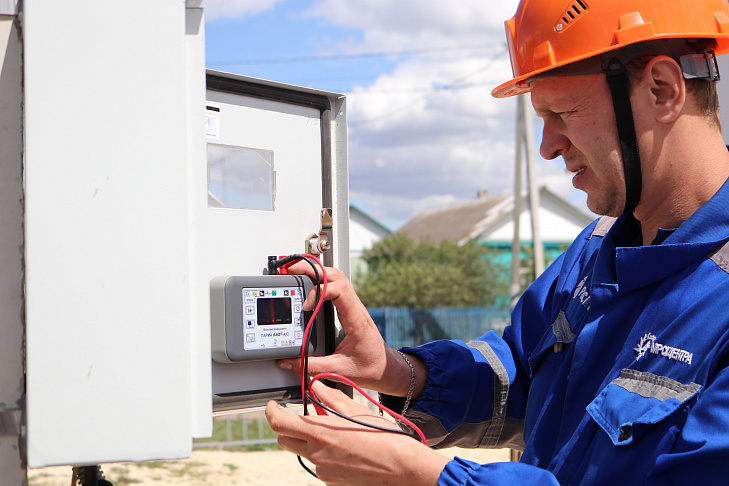