The results of the V annual contest “Energy and Man”, organized by Rosseti Centre Belgorodenergo together with the Department of Education of the Belgorod Region and the BSTU named after V.G. Shukhov. About 50 young talents from 14 districts defended at the regional stage their projects on innovations in the energy sector, electrical safety and energy conservation.

This year the competition is special. It takes place during a period of fundamental changes in the logic of operation of the country’s energy enterprises, and the digital transformation of the electric grid complex. Thanks to the implementation of digital technologies, power engineers will be able to manage grids at a different, higher level. Digital equipment will ensure reliable power supply. Over time, such concepts as “technological violation”, “grid failure”, “time to eliminate fault” will disappear, and the energy companies will not work upon the appearance of problems, but will predict and warn them. “Such prospects lie with digital technologies and highly qualified specialists who will be able to develop and implement innovative solutions,” stressed Maxim Telyatnikov, a leading engineer for industrial safety and production control at Rosseti Centre Belgorodenergo. “The competition allows us to identify talented children who are inclined towards engineering professions, therefore the branch already today sees its future colleagues in the contestants. The children are well aware of the spirit of the times, the impact of digitalization on all areas of activity, therefore they present more advanced projects every year, and the level of work steadily increases.”

Director of the Institute of Energy, Information Technology and Control Systems of the BSTU named after Shukhov Alexander Belousov suggested that students now think about choosing a profession. Energy is one of the basic industries that determine the development of the country’s economy. He stressed that the competition provides an opportunity to try their hand at practice, to understand how strong is the desire to connect their lives with the energy sector, and winners and prize-winners of the competition will receive additional points when they enter the BSTU named after V.G. Shukhov.

The best projects arrived at the regional stage and open defense: those who went through qualifying rounds at the school and at the municipal level. Some guys were engaged in research activities, others presented real models of their developments. Teachers of Belgorod universities, professional power engineers, including 8 candidates of technical and physical-mathematical sciences, evaluated the work of the children.

According to the results of the full-time defense, 20 schoolchildren became winners and prize winners.

In the older age group, the work of Anna Merzlikina, a 11th grade pupil of Razumensky School No. 2, “Assessing the electrical safety of her own apartment” and the research project of a nine-grader Ivan Litvinov (Krasnoyruzhskaya Secondary School No. 1) were recognized as the best.

In the middle age category, in terms of the number of points scored, the practical work of a fifth-grader from Stary Oskol Secondary School No. 18 Aleksey Diaghilev “Setuo of energy-efficient street lighting using digital technologies” and the theoretical work “Smart energy in the city of the future” prepared by a repeated prize winner Maxim Shaydorov, a pupil of the 6th grade of School No. 11 in the city of Belgorod, became the leaders.

In the younger age group, the research project “Generation NEXT, or how to get a lot of cheap electricity” of the winner of last year’s contest third-grader Alexander Romanov (Komsomolskaya Secondary School of the Belgorodsky district) and the practical work related to alternative energy of the fourth-grade pupil of the Troitsky Secondary School of the Gubkinsky district Alexander Sokolov were in the lead.

The final results of the competition can be found on the website of the Belogorye Schoolchildren Olympiad at olymp.beluno.ru. The winners will be awarded at the central office of Belgorodenergo on the eve of the Power Engineer’s Day. 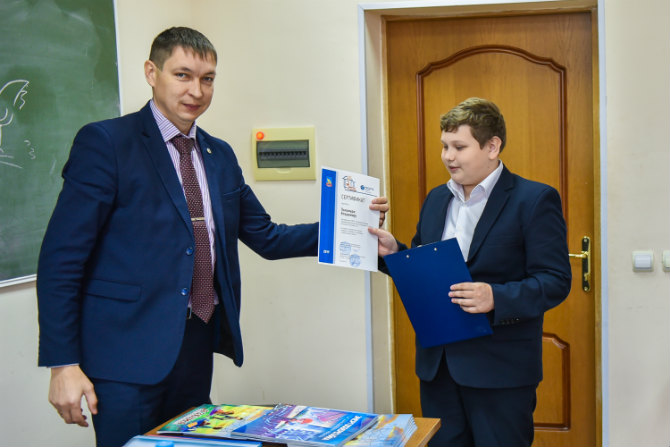 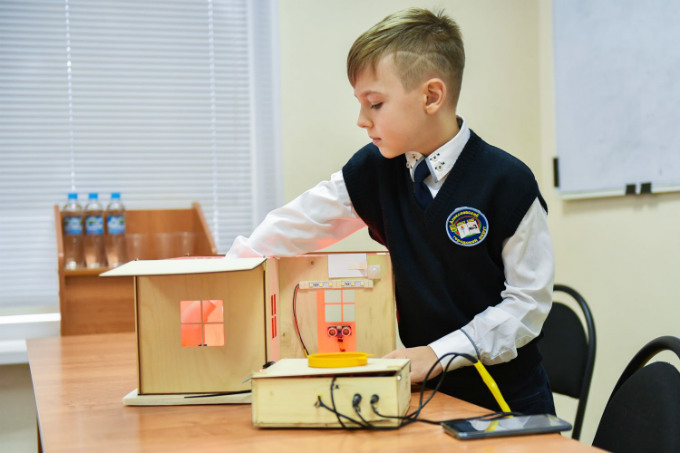 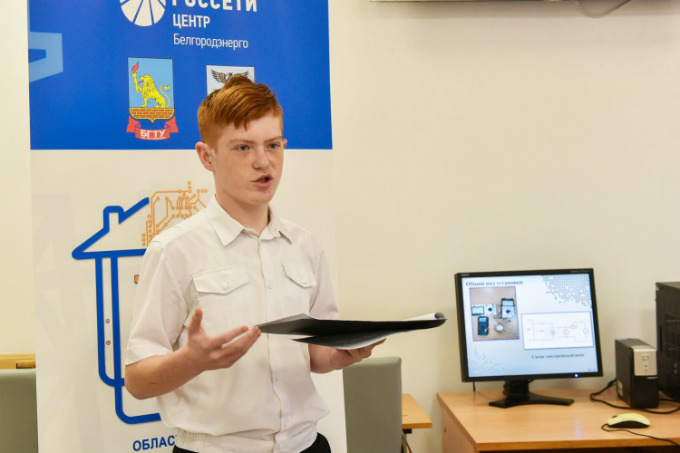 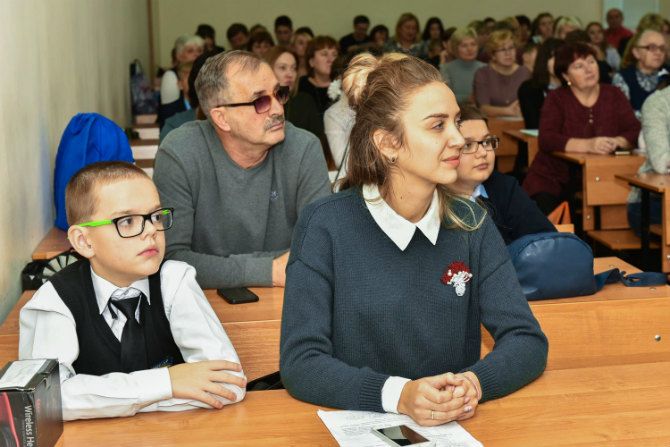 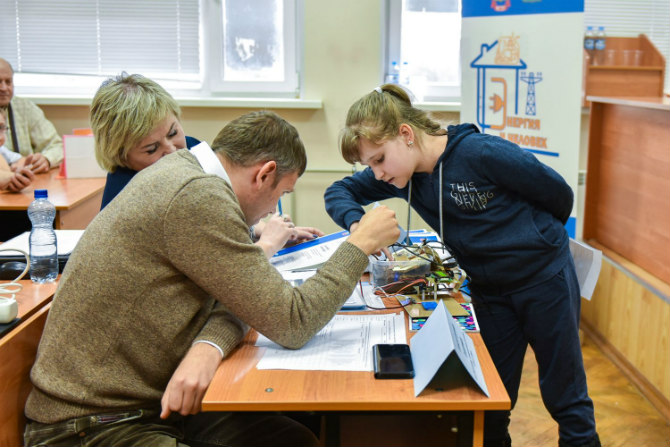 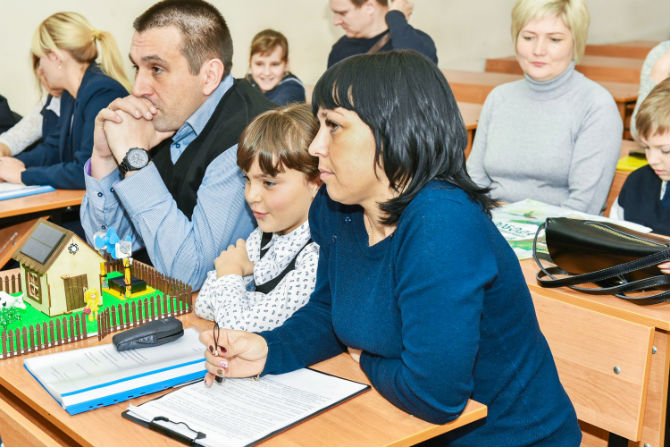 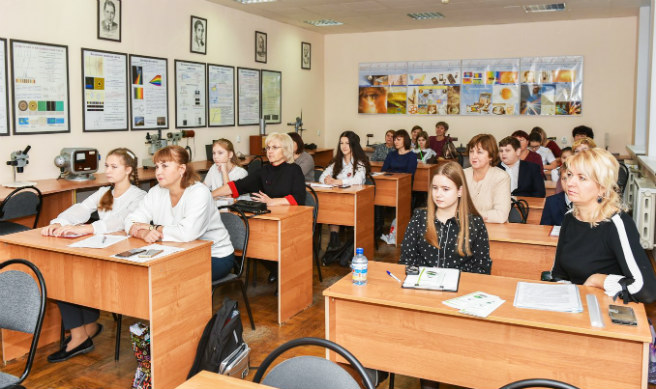 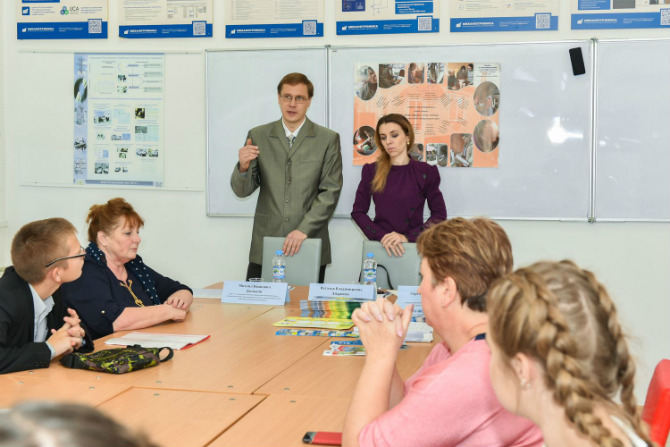 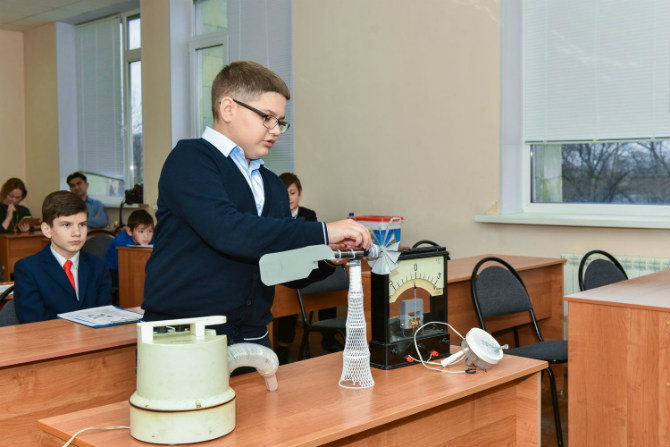 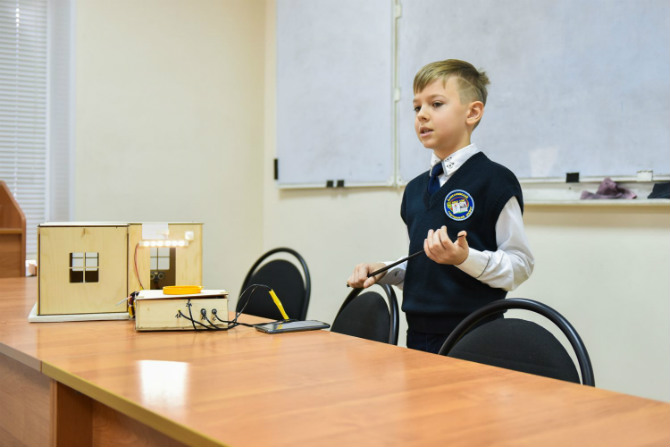 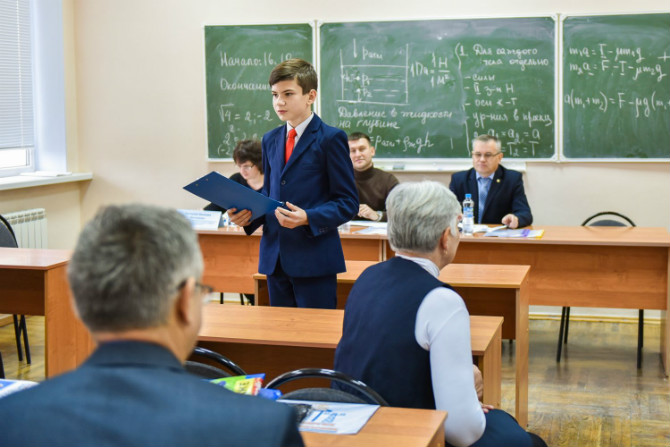 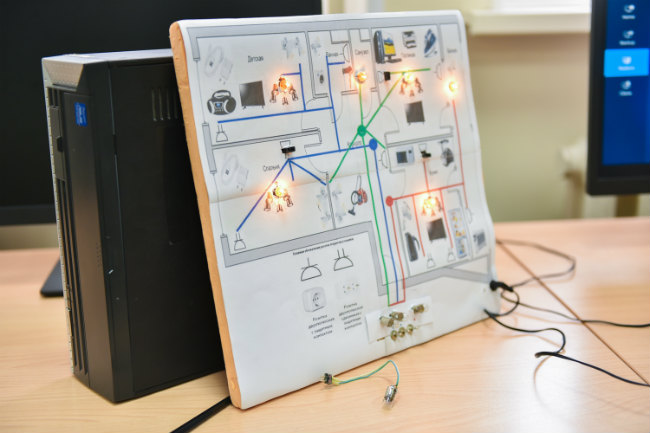 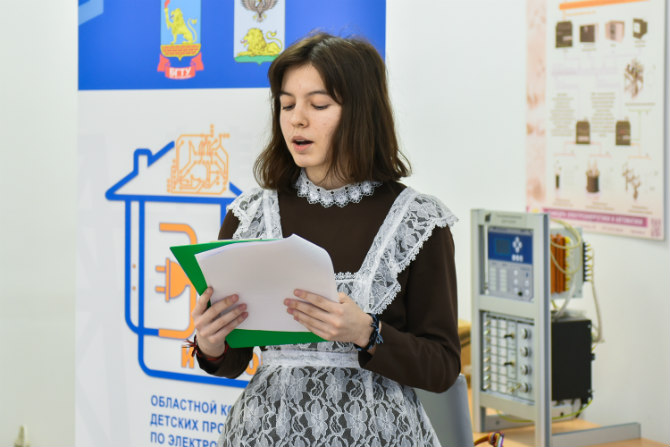 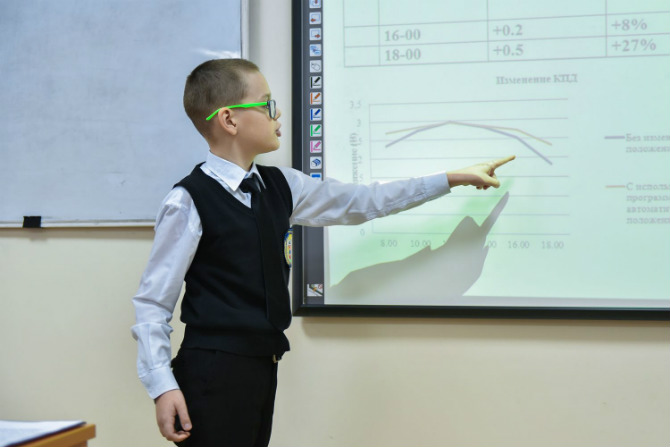 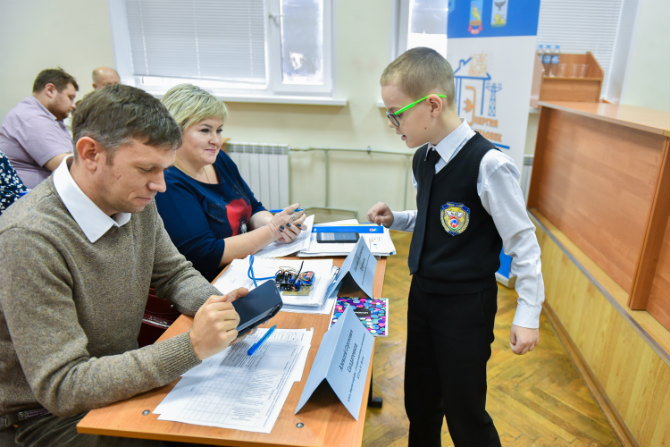 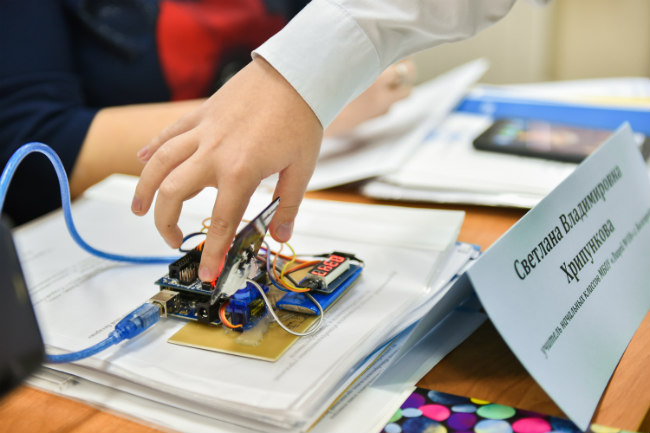 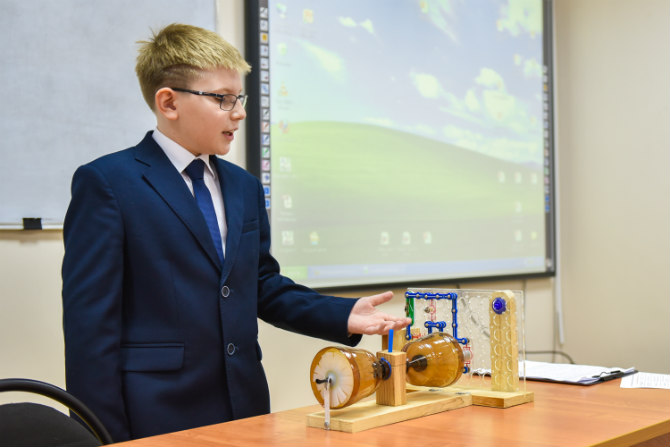 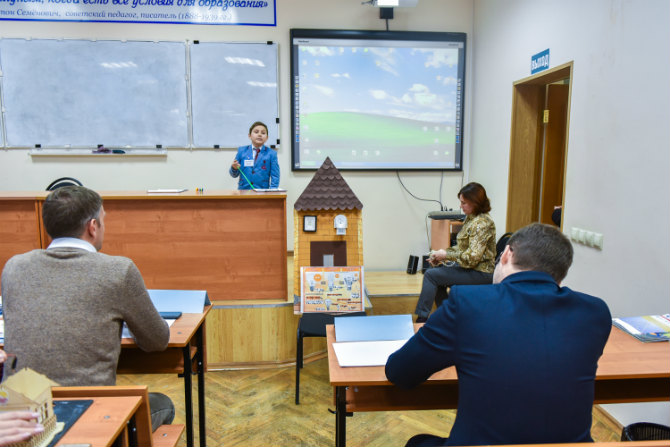 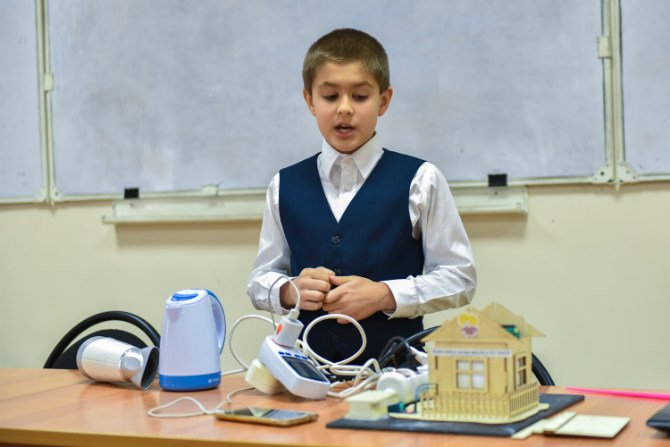