Belgorodenergo allocated 332.2 million rubles to carry out the repair program

In preparation for the heating period of 2019-2020, Rosseti Centre Belgorodenergo has almost completed the repair program for the current year. As of 15 October, 2,246 km of overhead and cable power lines of 0.4-110 kV (101.7% of the plan for the year), 728 transformer substations of 0.4/6-10 kV (100%) were repaired. 585.2 hectares of routes along power lines were cleared from trees and shrubs and expanded. 332.2 million rubles were allocated for the implementation of the program.

To increase the protection of equipment from switching and lightning surges 36 new arresters were installed at the substations “Purification”, “Kurasovka”, “Kochetovka” and “Prilepy”; bushings of two sectional switches and one 35 kV transformer bushing were modernized at the 110 kV substations “Krasnogvardeiskoye” and 35 kV “Radkovka”; 8 bushings of switches and 129 sets of supporting insulation were replaced at the 35 kV substation “Zapadnaya”, on which reliable power supply of the Gubkinsky meat processing plant and several other enterprises depends.

This year, the program for maintenance and repair of electric grid facilities is 87% completed by Belgorodenergo’s personnel, without involving contractors. 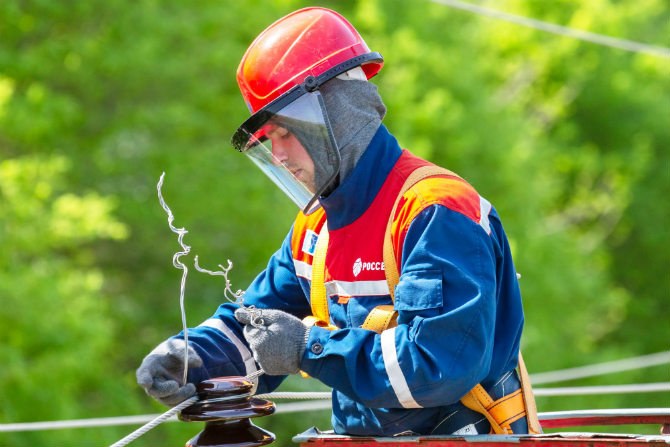 Распечатать…
See also
29 May 2020 This year, about 300 Kurskenergo’s employees underwent professional training, most of them remotely
29 May 2020 Kostromaenergo’s volunteers assisted a veteran of the enterprise
28 May 2020 “Rosseti Centre Tverenergo” connects social facilities and consumers of small and medium-sized businesses to electric grids
28 May 2020 Lipetskenergo’s specialists carried out thermal imaging monitoring of more than 650 electric grid facilities and diagnosed about 800 units of electrical equipment in the first quarter