The branch “Rosseti Centre Tambovenergo” won the All-Russian contest for the best flash mob in support of the energy-saving lifestyle and work of power engineers in the nomination “Most Electric Power Flash Mob” and the song contest in the nomination “Best Corporate Performance of the Official Song of the Festival #TogetherBrighter by Employees of the Fuel and Energy Complex”. The award ceremony took place in Moscow as part of the Youth Day #TogetherBrighter of the International Forum “Russian Energy Week”.

The flash mob was organized at the annual city festival for first-graders, held in Tambov as part of the All-Russian project “Children are our future”. During the event, the national anthem of the All-Russian Festival #TogetherBrighter was performed by a specialist of Tambovenergo’s property management department Ekaterina Ryzhkova. To the incendiary song, the power engineers threw colourful balls of bright shades to the guests of the event. A few minutes later a real web appeared on the site, which symbolized the electric grid that entangled the entire Tambov region and brought light to people. The flash mob caused very many positive emotions among children and their parents, who picked up the colourful action by taking part in it.

“The employees of our department are trying to realize themselves not only in the profession, but also in creativity. We are very pleased that our work was so highly appreciated,” stressed Kristina Kulaeva, the head of the public relations department of the branch “Rosseti Centre Tambovenergo”.

“It is very important for the branch that every specialist is able to fully realize himself in the production sphere and in public life. Participation in such large-scale events as the All-Russian Competition #TogetherBrighter brings people together, allows them to get to know each other better, which helps a lot in the production process. Therefore, in the future we plan to take part in such events annually,” stressed Nikolay Bogomolov, Deputy General Director - Director of the branch “Rosseti Centre Tambovenergo”. 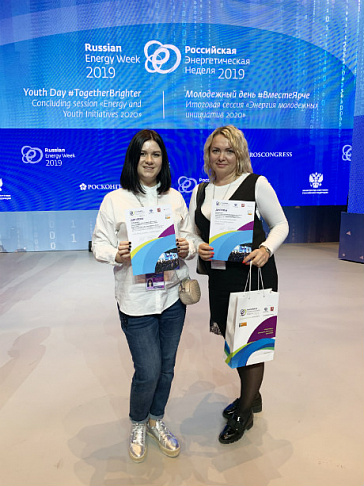 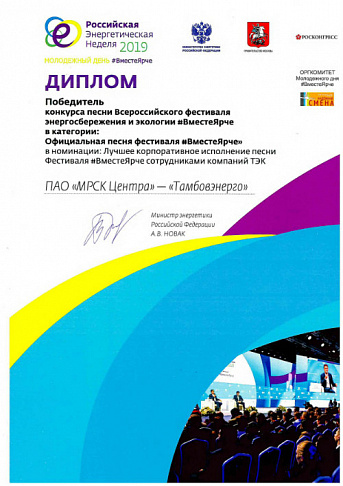 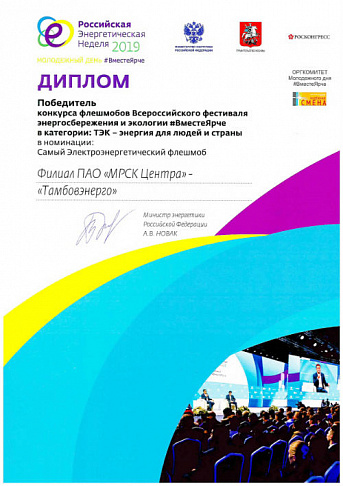