Power engineers of Tverenergo are implementing a set of works to collect and remove felling residues of trees and shrubs in areas where routes have been cleared in protected areas of power lines.

A large-scale set of measures for clearing routes under power lines was carried out by the Tver branch of Rosseti Centre in the framework of the Exercises to set up interaction during elimination of mass violations at electric grid facilities held at the end of 2018.

Work on the disposal of logging residues has been carried out by Tverenergo’s specialists since the beginning of this year. Grinding into chips is considered to be the most effective way to process them. At the moment, the removal of tree branches and boughs along the routes of overhead lines is carried out using specialized off-road vehicles. The power engineers use Tornado bulldozers and wood choppers, which allow to quickly remove the remains of trees and grass-root vegetation near urban and rural settlements.

The chipper Tornado М200Р is designed for processing wood waste into wood chips. Due to its ease of maintenance and compactness, the M200P Tornado easily cuts branches, lumpy wood waste directly at the work site.

Removing residual wood using the B10M bulldozer is the most productive, economical and environmentally friendly way. B10M allows to line the surface of the site with recycled wood chips, which slows down the growth of woody and shrubby vegetation and almost doubles the duration of the treeless state of the route. Chips can be mixed using a soil binder, forming a mineralized layer for accelerated soil regeneration.

The power engineers put particular emphasis in removing logging residues on areas near settlements, crossings through highways and in forests with a high fire hazard.

“The Tver region is one of the largest regions of the Central Federal District in terms of the length of power lines and the area of ​​forests occupied. The fall of trees from the forest on the power line can provoke weighting, breakdowns of overhead lines and subsequent blackouts,” notes Deputy General Director - Director of the branch “Rosseti Centre Tverenergo” Manvel Majonts. “During the Exercises of subsidiaries and affiliates of PJSC Rosseti, the company’s specialists cleared routes of overhead power lines in the area of over 12,000 hectares from trees and shrubs. As a branch of a socially responsible grid company, Tverenergo takes care of the cleanliness and order of the territory of the region, as well as the environment. “The Tver branch of Rosseti Centre will make every effort to utilize logging residues by the end of this year.” 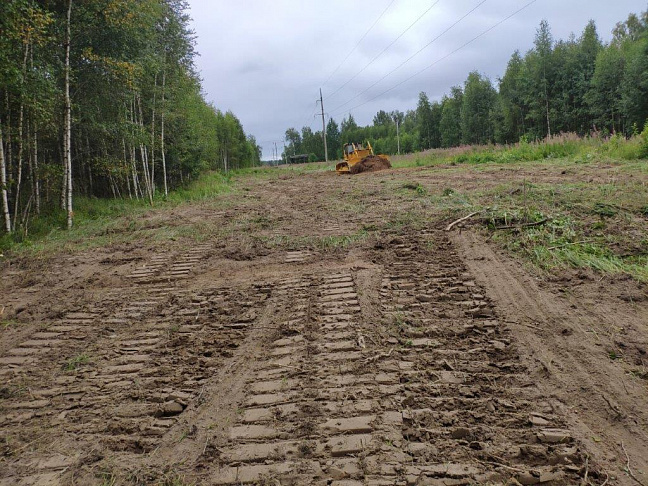