At the branch “Rosseti Centre Smolenskenergo” on the basis of Smolensk City Distribution Zone, the ceremony was held to close the sixth season of student energy crews. It was attended by heads of the branch, representatives of the trade union, chairmen of the council of veterans and the youth council of the branch.

The students of the energy crews were thanked for their responsibility in the performance of work, compliance with safety rules and discipline. They were awarded with letters of appreciation “For participation in the labour season of the energy crews of the electric grid complex of 2019”, as well as diplomas “For exemplary performance of labour duties and active participation in the work season of student energy crews of the electric grid complex in 2019”.

It is not the first year in the summer that two student energy crews worked at the branch - “Phoenix” and “Energet”, formed from students of specialized educational institutions: the branch of the National Research University of Moscow Power Engineering Institute in the city of Smolensk, the Smolensk Polytechnic College, the Yartsevsky Industrial College, the Roslavl Multiple College, the Safonovsky branch of the Academy of Professional Education, the Vyazemsky Polytechnic College and the Vyazemsky Railway College. More than fifty students worked for a month and a half in Smolenskenergo’s Distribution Zones, as well as in the central section of the diagnostics service. The geography of their work was vast - Khislavichsky, Shumyachsky, Smolensky, Pochinkovsky, Safonovsky, Gagarinsky and Roslavlsky districts of the region, as well as the city of Smolensk. In addition to working at power facilities, the guys took part in various events, in particular, in the Sports Games of power engineers of the Smolensk region, corporate karting and bowling tournaments.

The students learned a lot over the past month and a half. “In daily work, we learned the basics of the future profession in practice. The highlight of the shift was the participation in the special league of the “Case-in” International Engineering Championship, which took place in Belgorod. I was amazed at the scale of the event. We learned a lot about promising areas for the development of diagnostics of power transformers and power lines. Participation in such events is an opportunity to gain new experience,” commented the commander of the “Phoenix” construction crew Vyacheslav Petrov. 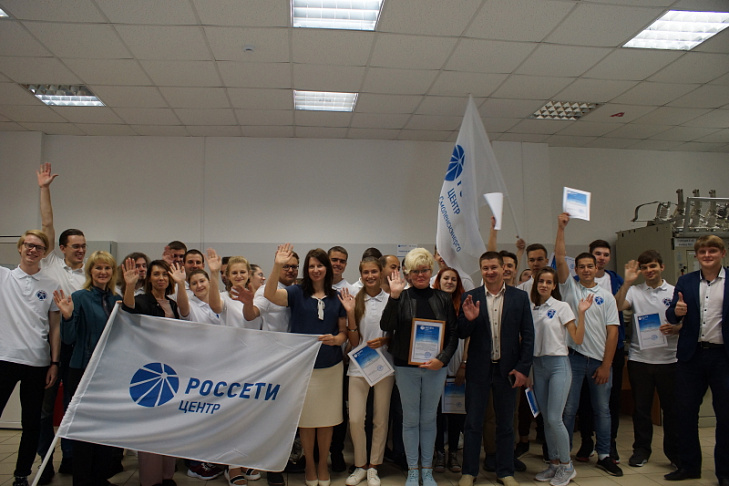