The ceremonial closing of the sixth summer season of student energy crews took place in the Tver branch of Rosseti Centre. The labour shift was completed by students of Tver State Technical University, Konakovsky Energy College, Bezhetsky Industrial and Economic College, Nelidovsky and Udomelsky Colleges. At the solemn meeting, the commanders and participants of the student energy crews were awarded letters of thanks for the responsible fulfillment of their labour duties and the youth enthusiasm shown.

First Deputy Director of the branch “Rosseti Centre Tverenergo” Andrey Samoilov thanked everyone who took part in the movement of student crews and expressed hope in the future to see the guys in the ranks of the company’s employees: “The electric grid complex of Tverenergo is interested in young and promising personnel. At the end of this working season, you are ready for independent professional activities. And with your conscientious and responsible approach to work, you have repeatedly proved that you are the foremost potential of the electric power industry.”

During the working season, the students of the energy crews worked in various subdivisions of the branch, performed work on taking readings of consumers’ metering devices, assembling and installing metering devices, were engaged in major repairs on electrical equipment of distribution grids, and acquired skills and experience in assembling switchgear of 0.4 kV at a newly installed substation.

In addition to production activities, the members of the crews took an active part in the public life of the branch. The young people taught electrical safety lessons, improved monuments of military glory, participated in the Fourth Tourist Gathering of Tverenergo, as well as in the Military Patriotic Marathon dedicated to the 75th anniversary of the Great Victory.

The students have vivid impressions of the past working season. The response was made by the commander of the “Edison Generation” crew, a student of Nelidovsky College Dmitry Lebedev: “We are grateful to Tverenergo’s specialists for the knowledge and skills that were given, the help and support provided during the work. Energy is a difficult but interesting profession. This experience has become an important component of our educational program and a significant contribution to our future.” 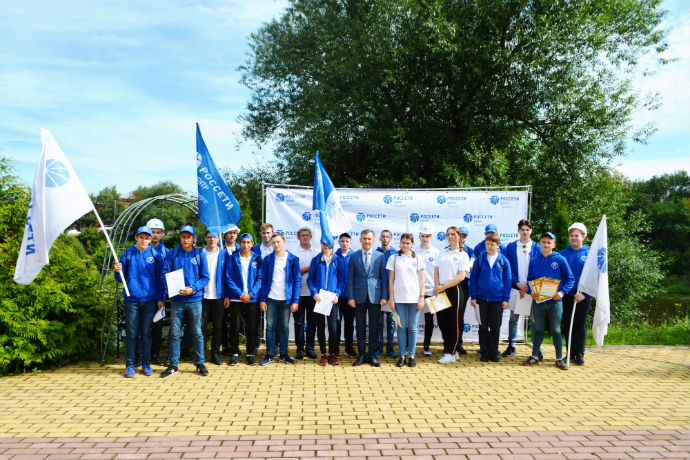