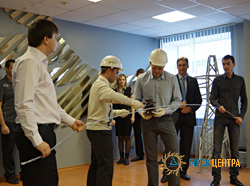 Rewarding the best employees of IDGC of Centre — Lipetskenergo division with governmental, corporate and departmental awards took place during a solemn ceremony dedicated to the Power Engineers’ Day. Honours and certificates of gratitude were received by power engineers from the hands of Deputy General Director of IDGC of Centre — Lipetskenergo division director Alexander Konanykhin and Deputy General Director for Security Victor Palchikov. Representatives of the regional authorities also came to congratulate the employees of the electric grid.

On that day the power engineers were addressed with the heartiest wishes and thanks. A nice gift for the audience was a musical performance of the children’s creative team of the Zadonsk boarding school. 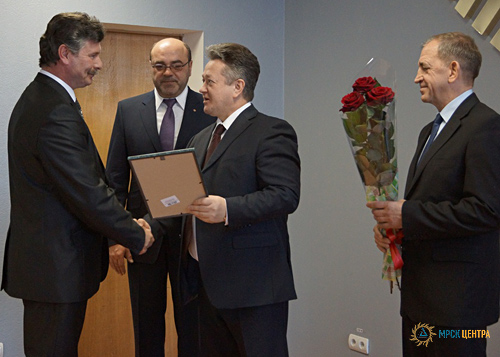 During the event the traditional “initiation into power industry” was also held. Young professionals of Lipetskenergo, employed in 2012, took an oath faithfully to observe the company’s traditions, responsibly and conscientiously to perform their work and just on the stage showed some professional skills. This tradition is a testament to the fact that young professionals, having the necessary period of adaptation, were finally adopted by the friendly team of Lipetskenergo, which now has more than two thousand people.

Having finished a regular year with honours, the power engineers are taking on new challenges, the main among which for many decades has consistently been the uninterrupted power supply to consumers.