With the support of the trade union of the branch power engineers visited an elk farm and the Snow Maiden’s tower in the Kostroma region.

Corporate family events have been held in Yarenergo over many years. In early autumn for children of the branch’s employees celebrations to start the study are traditionally organized. Last year the children visited the Yaroslavl children’s railway, and this year — they went for new experiences to next Kostroma. There they met the Snow Maiden and went on a special farm where elks live. 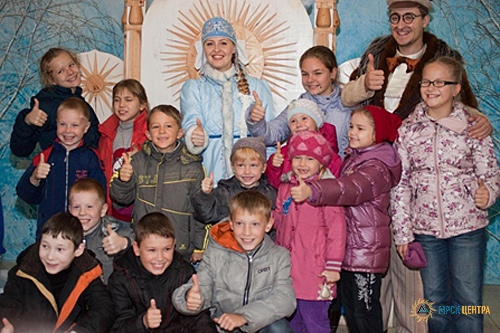 Visiting the Snow Maiden the Yaroslavl kids learned where the granddaughter of Father Frost was waiting for winter. At the elk farm the children saw large and majestic animals with luxurious horns stroll along the aviary, and around them small elks frolic, running and jumping to the delight of the young audience. It was possible to pat the elks, treat with carrots, those who wanted even tried some real moose milk, known for its beneficial properties.

“We wanted the trip to be not only fun but also educational. Often children spend their free time on the computer. Familiarity with the natural world, with the traditions of Russian culture was very useful for them,”- believes Chairman of the primary trade union organization of IDGC of Centre — Yarenergo division Anton Sukharev.