IDGC of Centre held a meeting of the Board of Directors, at which the adjusted Business plan and Investment program of the Company for 2013 were approved 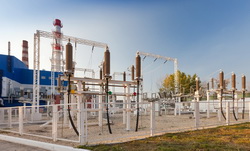 At the meeting of the Board of Directors of the Company held on August 21 in person, the adjusted Business plan for 2013 and the adjusted Investment program of IDGC of Centre for 2013-2018 were approved. The adjustment of the Business plan for 2013 and the Investment program of the Company is related to the approval of tariff and balance decisions for 2013 by regional regulatory authorities and taking over the functions of an electricity supplier of last resort in the territory of the Bryansk, Kursk, Orel and Tver regions.

According to the adjusted Business plan positive changes on the results of the Company for 2013 are expected on the following parametres: reduction of electrical energy losses by 0.10 percentage points, increase in revenue by 30.3%, including revenue from the provision of electrical energy transmission services in the grid by 10.1%. EBITDA and net income are expected to increase by 21.0% and 1.3%, respectively, relative to the actual performance similar to 2012.

The reduction of productive supply in 2013 is due to lower electricity consumption by large industrial consumers in the Lipetsk and Tambov regions. Despite this it is planned to reduce electricity losses by 130 million kWh thanks to the implementation of the program «Energy saving and energy efficiency».

The revenue for 2013 is planned in the amount of 90,417 million rubles, which is 21,020 million rubles or 30.3% higher than the actual one in 2012. The main reason for the revenue growth is taking over the functions of a supplier of last resort to perform the features of a power retailer by IDGC of Centre’s branches. EBITDA is planned at 2,571 million rubles higher than the actual value in 2012, an increase of 21.0%. The main contribution to the planned increase in EBITDA is as a result of the depreciation growth due to the implementation of the investment program.

The adjusted Investment program of IDGC of Centre for 2013 has been approved in the amount of 14,158 million rubles. Total for the period up to 2018 capital investments in the amount of 89,733 million rubles will be disbursed. The main reason for the adjustment of the investment program was taking into account the limitation of growth of tariff rates starting from 2014.