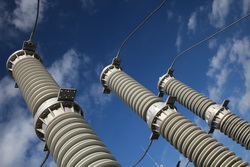 Since the affirmation of the National Corporate Governance Rating (NCGR) in February 2013 a number of corporate events has passed in IDGC of Centre.

During the reporting period, the Company has adopted a number of corporate documents in the new edition, including:

As a result, to date, the Company has a complex regulation of conflicts of interest of members of the Board of Directors and members of the executive bodies of IDGC of Centre.

In accordance with the agenda of the meeting shareholders approved the Annual Report and annual financial statements, elected new members to the Board of Directors and the Audit Commission.

In addition the meeting of shareholders approved the Company’s auditor for 2013 and declared dividends for 2012. In this case, it was decided to spend 25% of the Company’s net profit under RAS to pay dividends.

Thus, in the present, the Company has a positive dividend history — IDGC of Centre has declared and paid dividends successfully for the past three years.

The Board of Directors consists of 11 members, one of them corresponds to the substantive aspects of independence1 (A. V. Shevchuk). One is an executive director (General Director of IDGC of Centre O. Y. Isaev) and nine directors — non-executive. Of the non-executive directors two represent the interests of a minority shareholder — Prosperity Capital Management (RF) Ltd. (A. M. Branis and R. A. Filkin), and six (S. A. Arkhipov, V. A. Goncharov, S. A. Demin, A. V. Molsky, M. M. Saukh, O. V. Shatokhina) — the interests of the majority shareholder JSC «Russian Grids». The other non-executive director (M. V. Kaloeva) is a representative of the state — a public servant.

The Audit Committee and the Committee for Personnel and Remuneration were headed by the non-executive director O. V. Shatokhina.

According to the results of the tender ZAO «KPMG», part of the «Big Four» of the leading international auditing firms, was elected as the external auditor of the Company under IFRS and RAS.

The Audit Commission consisted of five people who are not members of management bodies or employees of the Company, ensuring the objectivity and independence of their judgment.

As a whole, the changes allowed IDGC of Centre to affirm its NCGR rating at the level 7+.