IDGC of Centre has published its financial statements for the 1st quarter of 2013 (RAS), the indicators: revenue and gross profit showed an increase of 21.5% and 21.0% 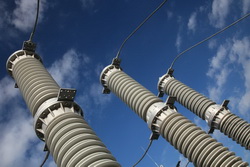 According to the RAS prepared accounting statements for the 1st quarter 2013 the revenue of IDGC of Centre grew by 21.5% up to 21.85 billion rubles, mainly due to the appearance in the first quarter of the new article of revenue — from resale of electric energy and power in connection with the performance in the 1st quarter of 2013 of the functions of a supplier of last resort in the three regions of IDGC of Centre’s service area: Bryansk, Orel and Kursk regions.

The volume of productive supply over the same period last year decreased by 1.7% to 14.8 billion kWh. The largest negative trend of energy consumption was observed in the Tambov, Voronezh and Belgorod regions. The reduction of the energy consumption in the period is mainly due to a higher average temperature in winter compared to the same period last year.

The statements of the Company for the 1st quarter of 2013 can be found at: http://www.mrsk-1.ru/ru/information/statements/rbsu/2013/