IDGC of Centre published its financial statements for 9 months of 2012 (RAS), the indicators: revenue, EBITDA and productive supply increased 0.2%, 4.9% and 2.3%, respectively 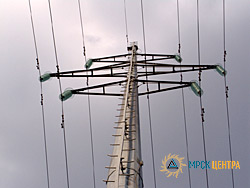 Cost of sales decreased by 3.6% down to 38,9 billion rubles. This led to an increase in gross profit by 15.5% to 11,5 billion rubles, whereby the gross profit margin increased by 3 percentage points to 22.8%. The reduction of the cost price is mainly due to lower cost price of electric power transmission, due to changes of the compensation scheme of cross-subsidization in the settlements with guaranteed supply companies, while the tariffs for 2012 were being approved.

Administrative expenses decreased by 10.5% to 1,42 billion rubles. The main reason for the reduction of the administrative costs was the effect of optimizing the staffing number and reduction of labour costs by 17.8%, and social contributions by 36.4%.

The decrease in net profit by 10.7% is due to the need to establish reserves for estimated liabilities as a result of a dispute with the power retail companies in terms of amount of revenue from electricity transmission and costs for losses in the grids.

Compared to the same period last year the total revenue of the Company demonstrated a slight increase +0.2% due to the growth of productive supply of electric energy for 9 months of 2012, which was 40.5 billion kWh, an increase of 2.3% over the same period in 2011.

The growth in the productive supply is due, first of all, to the increase of electricity consumption in the regions of the service area of IDGC of Centre, the consumption growth in the Central Federal District for 9 months of 2012 compared to the same period last year was 2.2%, the positive trend is seen in the following branches of IDGC of Centre: Orelenergo +5.9%, Bryanskenergo +5.0%, and Voronezhenergo +3.3%.