IDGC of Centre determines the Best in the profession

The competition is held in accordance with the Resolution of the Government of the Russian Federation of December 7, 2011. It is held by federal executive bodies, trade unions, employers' associations nation-wide. The main purpose of the All-Russian contest - enhancing the prestige of working professions, improving professional knowledge and working methods. 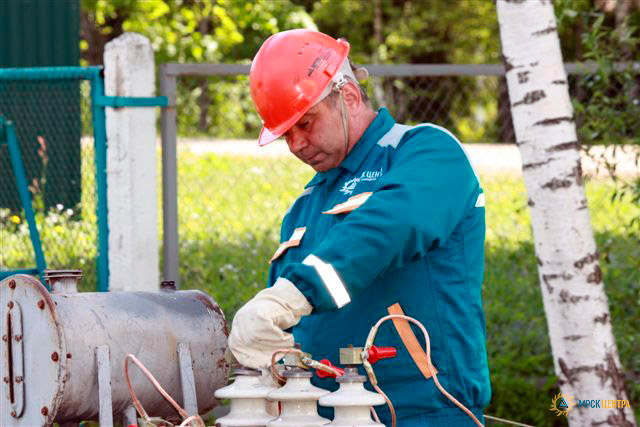 The program of the competition consisted of six stages in which crews demonstrated the theoretical knowledge and practical skills. For example, participants had to perform preventive testing a transformer with the issuance of conclusions about its technical condition, or to provide first aid to a person with electric shock.

The competitions of Excellence of crews of the diagnostics Service of IDGC of Centre – Smolenskenergo division were held at the training centre "Lubnya".

For the title of the strongest all the diagnostics crews of Smolenskenergo were competing. The crews consisted of two electricians, engineer, manager and a backup crew member and represented all four sections of the diagnostics Service of the branch. The best were the representatives of the Southern section: Engineer of Category 2 Viktor Nosov, Electricians for testing and measurement Alexey Krotov and Oleg Lezlikov and Engineer Alexander Sviridov.

The Yaroslavl branch of IDGC of Centre also held competitions of Excellence of crews of the diagnostics Service. Engineers and electricians of the branch demonstrated their knowledge and practical skills, and members of the judging panel determined the best among these professionals.

The competition was held in the town of Rostov on the site of the substation 110/10 kV "Training", the equipment of which is considered conventionally in operation. Crews from Yaroslavsky, Rostovsky, Rybinsky sections of the diagnostics Service of Yarenergo and the picked team of employees of those sections had to prove themselves in six stages.

All competitors showed good results and successfully coped with the tasks. As the amount of points the first place was awarded to the picked team of three sections. The best electrician for testing and measurement was also selected. It was Employee of Rybinsky section of the diagnostics Service Evgeny Smirnov.

"Such events - an effective form of staff training. They are held in the first place to verify the professional knowledge and skills, to improve the level of training of crews, to spread best practices to work at power facilities and the organization of safe and efficient operation of distribution networks", - stressed Deputy General Director for Technical Issues - Chief Engineer of IDGC of Centre Sergey Shumakher.