IDGC of Centre, JSC (MRKC) has published its financial statements for IQ 2012

According to the prepared in accordance with Russian Accounting Standards (RAS) reporting the revenue of IDGC of Centre for the I quarter of 2012 amounted to 18.0 billion rubles, including from the transmission of electricity — 17.7 billion rubles, from the technological connection — 113.1 million rubles and other revenue — 157.6 million rubles.

Against the same period of last year the financial performance of the Company showed a negative trend. The key financial indicators: revenue, EBITDA and net income decreased by 7.4%, 12.1% and 26.2%. This dynamics is due to the limitation of growth of grid tariff rates within the execution of Order of the Government of 29.12.2011 # 1178, as well as the transfer of the revision date of tariffs to 1 July 2012.

It should be noted that the productive supply of electricity for the period amounted to 15.1 billion kWh, which is 3.7% higher over the same period in 2011, the growth of the productive supply is due to an increase in electricity consumption in all 11 regions in which the Company provides services for power transmission. The greatest increase in energy consumption compared to the same period in 2011 occurred in Lipetskenergo — 8.8%, Bryanskenergo — 5.3%, Orelenergo — 5.2% and Belgorodenergo — 4.3%.

The positive dynamics is associated with the growth of electricity consumption by industrial consumers, the increase in consumption of electricity for utility needs in January — February 2012, as well as with the results achieved by IDGC of Centre through the implementation of the program to reduce losses.

* EBITDA is calculated as follows: net income + income tax and other similar mandatory payments + interest due + amortization and depreciation 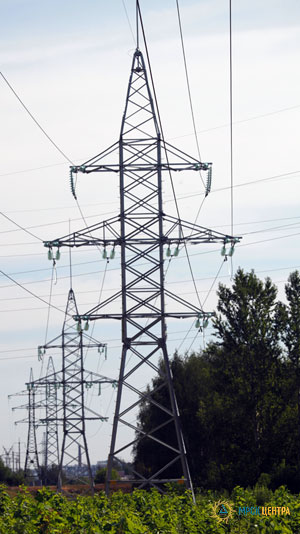