IDGC of Centre continues to implement the youth policy

As part of the implantation of the youth and personnel policies IDGC of Centre continues its cooperation with Ivanovo State Power Engineering University. IDGC of Centre conducts an active policy of attracting young professionals, so the Company has once again participated in the distribution of university graduates — potential employees of the Company.

Particular attention was paid to the social and personnel policy, being successfully implemented in IDGC of Centre. Future university graduates were told about the voluntary health insurance, which is used by all employees of the Company, continuing education and professional development of employees, compensation, recreation and sanatorium treatment and the collective agreement.

“IDGC of Centre is interested in young, skilled employees, in whose preparation a leading specialized university of the country is engaged — Ivanovo State Power Engineering University. We have been working with it for years. For example, in 2010 70 graduates were taken to work at the Company, and in 2011 — 50 persons. As part of our interaction production and undergraduate practice of students is organized in the of branch offices of the Company, which is had by more than 50 people annually. This form of cooperation allows to estimate the personal and business potential of the future power engineers, their skills and knowledge, and motivate further work at the Company,”- said Head of HR management and organizational design Department of IDGC of Centre Alexander Lyaskin.

For young professionals (graduates) internship for one year is established in order to accelerate the process of adapting them to the Company, identifying organizational skills, and personal qualities of graduates, acquiring the practical and managerial skills by young professionals.

IDGC of Centre continues to host events to raise interest in getting a profession in the electricity sector. Specialists of the Company organize professional orientation meetings with graduates of secondary education schools and high schools in the regions of operation of IDGC of Centre, students have guided tours to museums of Energy, Grid Control Centers, Districts of Electrical Networks, and substations. For example, in 2011 similar events were attended by thousands of students from various educational institutions.

In Districts of Electrical Networks of branches of the Company open doors days are held for students of senior classes of schools, students of higher and secondary special educational institutions. At these meetings students have the opportunity to learn about the work of power engineers, see the technical equipment.

Interaction with leading universities in the country allows IDGC of Centre to recruit qualified competent professionals able to deal with the most ambitious of the Russian power industry on the implementation of innovative technologies in the activities of the utility. 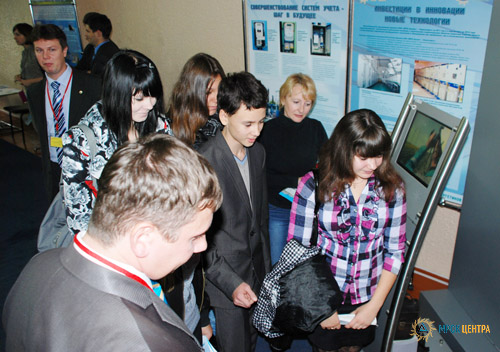