Power engineers of IDGC of Centre planted over 25,000 trees

IDGC of Centre launched the first phase of large-scale all-Russian social and environmental action of the electric grid utilities, devoted to the annual planting of greenery. All activities are implemented within the target communication program of IDGC Holding “Electricity Distribution Complex — for the environment” (“Save the energy of the forest”).

The action, which was started under this motto one year ago, has aroused public interest. Together with representatives of “Opora Russia”, “Business Russia”, Voluntary Association for Assistance to Army, Aviation and Fleet, clergy, veterans, students, teachers, schools and the media the power engineers of Interregional Distribution Grid Company of Center was planted in 2011 more than 25,000 seedlings in 11 regions of the Company’s service area. In 2012 the power engineers are planning to nearly double the number of seedlings and plant over 45,000 trees.

Last weekend at the first stage of the action in the Voronezh region around 5000 saplings were planted. The work took place near the Tanning Cordon (Novousmansky district), which was badly damaged during the fires of anomalous summer of 2010. Representatives of the Youth Council of Voronezhenergo, staff of structural departments took part in the restoration of forests. The wayside trees of power engineers were planted in Lisky district of the Voronezh region in memory of the Hero of the Soviet Union, who was a power engineer, named Ivan Ermolaev. In Kantemirovsky district were plantings were made in the park “In memory of the victims of concentration camp prisoners”. The action was consecrated by representatives of the Russian Orthodox Church. 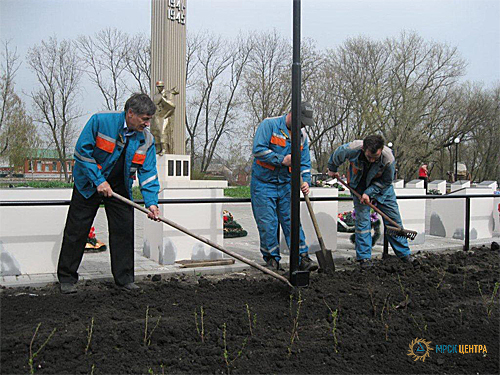 New wayside trees of power engineers appeared on the Kursk land. A large-scale event with representatives from the district administration, Voluntary Association for Assistance to Army, Aviation and Fleet and “Opora Russia” took place in Ponyrovsky district of the Kursk region. At the monument “To Paratroopers — Heroes” the participants planted 120 birch trees and weeping willows, according to the names carved on the monument. The head of the Ponyrovsky district administration Vladimir Tynnikov stressed: “Today we open a new page in the annals of Ponyrovsky district: one of the largest energy companies with a noble mission came to us — to plant trees on this holy land. I want to thank IDGC of Centre — Kurskenergo division and also ask the staff of the Company to take patronage over this place”.

As Director General of IDGC Holding Nikolay Shvets stressed: “The planted trees, laid out parks and wayside trees have become firm ties, which connected the Electricity Distribution Complex not only with the national problem of restoring the natural balance that is infringed by climatic anomalies, but also with the civil society that shared a common goal with the power engineers on conservation of forest wealth and education of the younger generation on the values ​​of serving the Fatherland and the environment”.

Children could also participate in tree planting in the Bryansk region. Employees of Novozybkovsky District of Electrical Networks of Bryanskenergo together with elder children planted 30 birch trees in the nursery “Rainbow”. In Orel, in the village of Platonovo, the employees of Orelenergo planted wayside trees of power engineers with 150 pine trees in the memorial complex on the site of the death of the Hero of the Soviet Union General -Major Leontiy Gurtyev. Together with the power engineers the 8th grade pupils from schools in the city of Orel participated in the tree planting. 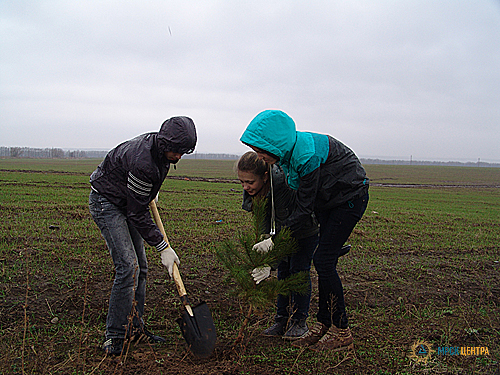 Students and professors of Energy Department of Tambov State Technical University planted their trees in Victory Park in the city of Tambov. 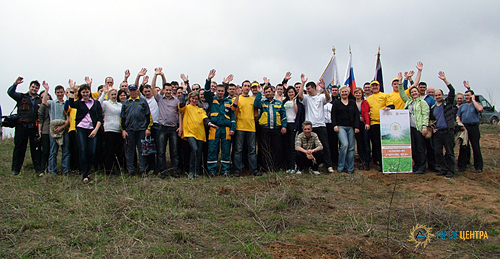 Power engineers of IDGC of Centre — Smolenskenergo division in the Smolensk region paid particular attention within the implementation of the action to the works in the arboretum in the National Park “Smolensk Lake District”, which has the status of a biosphere reserve by UNESCO. The action was held there in conjunction with the Forestry Department of the Smolensk region and Gorzelenhoz, whose cooperation in the near future will be fixed with agreements. 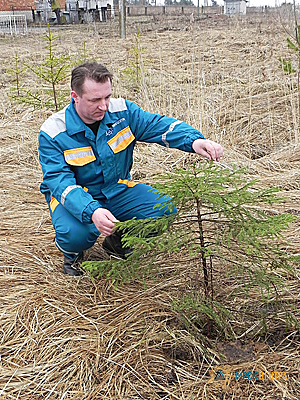 In 2012, the tree planting in the service area of IDGC of Centre consists of several stages, in parallel with the historical and memorial action “Relay Banner of Victory” and the international relay race of the memory and gratitude “Homeland of heroism — to the hero’s Homeland”, which allows to attract more members from among the youth and veterans’ organizations. Thus, in the Belgorod region in the settlement of Rakitnoe a square was opened in the name of Full Cavalier of the Order of Glory, a participant of the Victory Parade in 1945 Alexander Pisklov, who for many years worked as an electrician in the Belgorod grid. 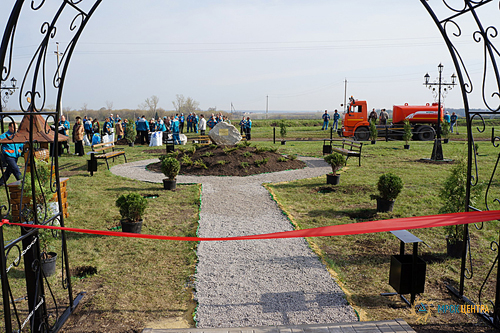 Many planted in the alleys trees by the power engineers have received their names — next to the seedlings the plaques with the names of the specialists, who planted them, were put. One of the most popular environmental actions took place in the Lipetsk region. It was attended by over a thousand people, who have planted about 5000 trees and shrubs of linden, pine, birch, ash, poplar, chestnut and fir trees. Representatives of the regional branch of Voluntary Association for Assistance to Army, Aviation and Fleet of Russia, Lipetsk Regional Office “Opora Russia”, Lipetsk Regional Office “Business Russia”, Department of Ecology of the city of Lipetsk actively participated in the action “Save energy of the forest”. 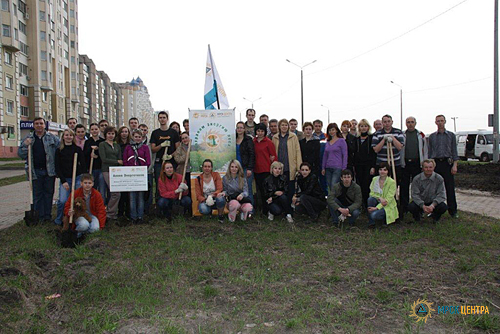 The action “Electricity Distribution Complex — for the environment” (“Save the energy of the forest”) will continue its march across the service area of ​​ IDGC of Centre. In May, young trees and shrubs will be planted in the Tver, Kostroma and Yaroslavl regions.