By Presidential Decree # 1606 of December 12, 2011 Electrician of distribution grids operation of Yakovlevsky District of Electric Networks of IDGC of Centre — Belgorodenergo division Nikolay Alexeev was awarded the Order of Merit for Country of the II Degree. He was given the state award for outstanding contribution to the development of fuel-energy complex and many years of hard labor.

In 1978 Nikolay Alexeev graduated from the non-state educational establishment “Training Centre” with a specialization in “electrician for power and lighting grids”. He came to work at Belgorodenergo in 1984 as an electrician of distribution grids operation. His work experience is 28 years.

Nikolay was actively involved in the implementation of various projects of national and regional programs. In 2010 as a member of the crew he participated in the construction of the 110 kV substation “Krapivenskaya”, which supplied power to sites of individual housing construction and a number of major agricultural projects of the Belgorod region. In 2009 he participated in the work to eliminate the effects of a severe storm, which interrupted the power supply of agriculture and animal husbandry “Kustovoye” LLC. Electricity supply of consumers of Yakovlevsky district was restored in full and as quick as possible. 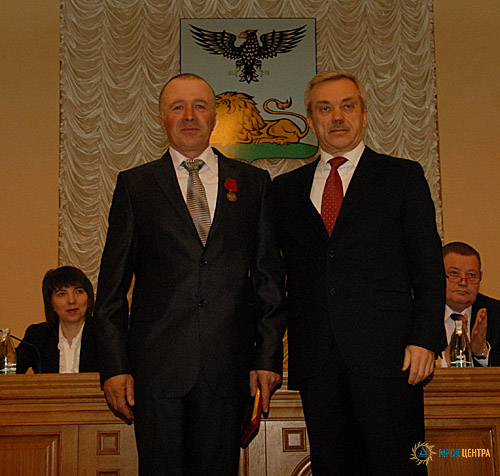