In Q3 2011 IDGC of Centre has performed technological connections of a number of large facilities of industrial and social importance.

In the Belgorod region the power engineers of the company have provided reliable power supply of the border crossing point “Zhuravlevka” of the Russian-Ukrainian border. That work became of particular significance in connection with the forthcoming signing of an intergovernmental agreement between the Ukraine and Russia, regulating the simplified regime of crossing the Russian-Ukrainian border. After signing the agreement it will be allowed to cross the border through the “Zhuravlevka” point without migration cards not only by residents of the border areas, but also for the entire population of the Belgorod and Kharkov regions. At the moment, every day up to 20 thousand cars pass through the “Zhuravlevka” point.

For technical connection of the facility the specialists of IDGC of Centre constructed a 10 kV package transformer substation and 10 km of 10 kV overhead power lines. The power supply allowed to computerize the checkpoint to continue its reconstruction and modernization.

In Dankovsky district of the Lipetsk region IDGC of Centre connected an elevator of “Agro-Elevator” LLC within a large complex of the primary processing and storage of grain of Agribusiness Industry “RosAgroAlliance”. The capacity of this important agricultural facility that can accommodate up to 70 thousand tons of grain was 1200 kW. To connect the 10/0,4 kV transformer substation of the elevator the power engineers constructed a new 10 kV power line, reconstructed the 10 kV overhead power line “ABZ” from the 35/10 kV substation “Dankov-rural” with the length of over 1.8 km. During the work wooden poles were replaced with reinforced concrete ones, wires of bigger cross section were used, which increased the capacity of the line. During the reconstruction a high-voltage commercial metering point was also installed, which transmits information on all the grid values through the communication channels to a single automated system of commercial metering of electricity. The financial amount of this work was 1.53 million rubles. The commissioned modern elevator will provide additional capacity in the region required for processing and storage of grain harvest. 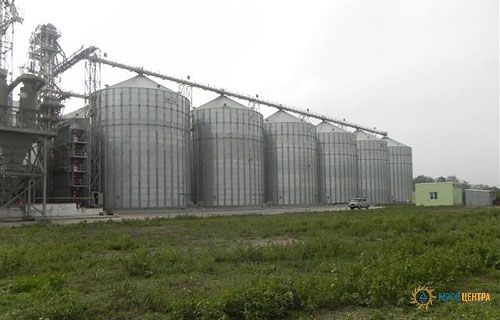 In Pereslavlsky district of the Yaroslavl region IDGC of Centre provided power supply to the international tourist resort “The Golden Ring”, which is located near the town of Pereslavl-Zaleski, in the heart of the tourist route “The Golden Ring.” To connect the facility to the grid the power engineers of the company had constructed over 12 km of 10 kV overhead lines, reconstructed the 110/35/10 kV substation “Nila”. In accordance with the contract for technological connection the resort obtained 3.2 MW. By 2013, IDGC of Centre plans to provide additional 8 MW. More than 58 million rubles were spent for the project.

The construction of the first stage of the resort facility will be completed in the first quarter of 2012 and in 2015 the entire facility will be commissioned. The resort is designed to become a modern tourist resort of international level, in which all conditions for comfortable rest, sports and business events will be created.